Come Let Us Reason Together: Why We Need to Practice Apologetics

Should we even bother trying to reason with people about Jesus? Absolutely.  We are rational creatures and, as we saw in the previous post, God certainly tries to use apologetics with us. He presents evidence that is intended to lead us to certain conclusions. “Come, let us reason together,” says the Lord in Isaiah 1:18. As J.P. Moreland writes,

Regularly, the prophets appealed to evidence to justify belief in the biblical God or in the divine authority of their inspired message: fulfilled prophecy. The historical fact of miracles, the inadequacy of finite pagan deities to be the cause of such a large, well-ordered universe compared to the God of the Bible, and so forth. They did not say, “God said it, that settles, it, you should believe it!” they gave a rational defense for their claims.[1]

Doug Groothuis adds that Jesus himself was a brilliant thinker and an apologist who debated his interrogators with exceptional intellectual skill and acumen.

Jesus deftly employed a variety of reasoning strategies in His debates on various topics. These include escaping the horns of a dilemma, a fortiori arguments, appeals to evidence, and reductio ad absurdum arguments. Jesus’ use of persuasive arguments demonstrates that He was both a philosopher and an apologist who rationally defended His worldview in discussions with some of the best thinkers of His day.[2]

The apostles also made great use of apologetics. They worked hard to “demolish arguments and every pretension that sets itself up against the knowledge of God” (2 Cor. 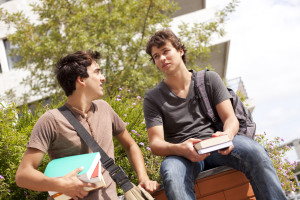 10:5) and make sure no one was taken captive by “hollow and deceptive philosophy” (Col. 2:8-9). They also admonished their followers to contend for the faith entrusted to them (Jude 3). Paul’s discourse on Mars Hill (Acts 17:13-15) is considered by many to be a blueprint for apologetics.

Those who object to apologetics often assert that no one gets argued into Christianity. People believe based on their hearts, not their head, it is claimed, or based on a direct experience of God. They never get reasoned into the kingdom.

First, this is just not true. Some people, such as C.S. Lewis, do get argued in. Also, write Peter Kreeft and Ronald K. Tacelli, even if the “most perfect argument does not move people as much as emotion, desire and concrete experience…apologetics gets at the heart through the head. The head is important precisely because it is a gate to the heart. We can only love what we know.”[3]

People scorn or ignore apologetics because it seems very intellectual, abstract and rational.

They contend that life and love and morality and sanctity are much more important than reason. Those who contend this way are right; they just don’t notice that they are reasoning. We can’t avoid doing it, we can only avoid doing it well. Further, reason is a friend, not an enemy, to faith and to sanctity, for it is a road to truth, and sanctity means loving God, who is truth.

As Groothuis notes, “Although reasoning with unbelievers can prove frustrating, this may be more the fault of poor arguments, poor presentations, or poor character than of the fruitlessness of apologetics per se.”[5] Skeptics already have enough obstacles to hurdle in order to get to God. They don’t need anti-intellectualism thrown in their path as well. Believers can and should welcome apologetics as a helpful tool in bringing people to Jesus.

This post is adapted from How to Talk to a Skeptic: An Easy-to-Follow Guide for Natural Conversations and Effective Apologetics