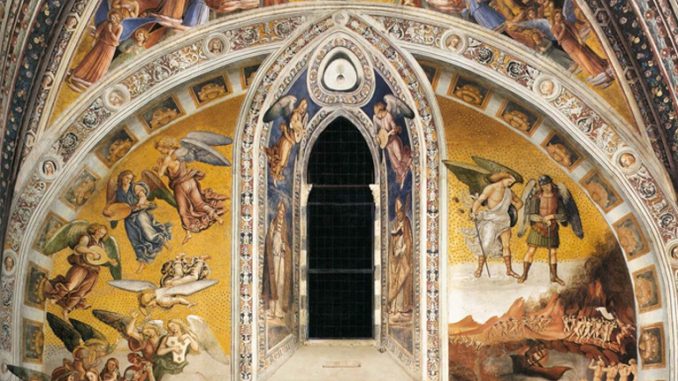 For the past few months my youngest daughter has been studying modern history. As part of the curriculum, she has had to memorize a timeline of important events. Many of these, of course, involve immense tragedies and acts of violence that resulted the death of thousands of people:

As I helped her go over these events, I was struck by the fact that, in each case, many or most of the people who died had a sense of false security about their situation.

The guests who partied or slept on board the Titanic as it steamed toward destruction were confident in the belief that they were sailing aboard the most impressive and safest ocean liner ever built. The American sailors who went about their business on a calm Sunday morning in the middle of the Pacific Ocean couldn’t imagine that death could rain down from those peaceful blue skies. For the men and women who went to work on September 11, 2001, it was just another day at the office. And for many who stayed behind to face Katrina, it was just another chance for a hurricane party. They believed the levies would hold, and everything would be alright.

But everything was not alright. In each case, the people were actually in grave danger. On top of that, in each case there had been warnings issued about that danger! The Titanic received several radio messages from ships ahead of them, warning of the ice fields. The U.S. government has acknowledged that it had gathered intelligence warning of attacks on Pearl Harbor by the Japanese, as well as warnings about a terrorist attack by Osama Bin Laden. In New Orleans, the weakness of the levies had been the subject of repeated warnings over the years, and residents were told to evacuate ahead of the storm.

However, those warnings were ignored, either by the authorities who should have passed them on to the general public, or by the public itself. And not only were the warnings ignored, but those who proclaimed them were mocked and ridiculed, often by others in authority. In place of the warnings came messages of comfort and calm. “Everything is fine,” they said, “we are in no danger.”

These stories came to mind again as I recently read David Bentley Hart’s new book That All Shall be Saved: Heaven, Hell, and Universal Salvation (Yale University Press, 2019)….

Read the rest of the article at Catholic World Report