Why Wasn’t God More Concerned about Slavery in the Old Testament? 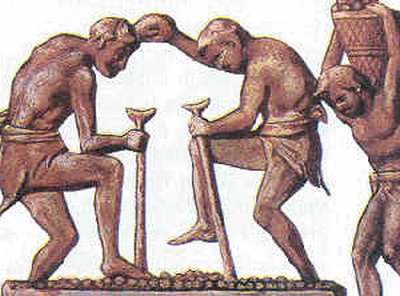 Skeptics often ask me why God wasn’t more concerned about slavery in the Old Testament. They suggest that God should have been a stronger advocate for freedom. The fact that he wasn’t supposedly shows a) God is immoral or unfair and/or b) There is a disunity between the Old and New Testaments and therefore they can’t be trusted.

I won’t take time for a full treatment of the subject here, but part of the answer is that God did work to end slavery, but had to accommodate the people in the moral condition they were in. It’s not that God wasn’t concerned about slavery; it’s that he had to work incrementally because he was dealing with cultures that were morally immature.

God implemented laws that were pedagogical, protective, and punitive within the context of a particular situation. For example, the law about taking “an eye for an eye” is viewed by most people in the West these days as barbaric. However, compared to taking the life of an entire family as payback for losing an an eye, just taking another person’s eye is quite an improvement. The law was, in fact, a move toward civility in that culture. “An eye for an eye” was not yet “Love your enemy” but as Jesus explained, its purpose was to move the people in that direction.

While it may seem to skeptics that God is inconsistent and immoral in the way he deals with people, the fact is that he is entirely consistent and moral, but he is dealing with real people, not computer programs. He can’t just flip a switch or rewrite a line of code and make people instantly hate slavery or treat their neighbors with humility and love. He needs to relate to people in the immature state they are in and attempt to grow them up. This takes time and various means. As such, although it may look like the rules changed sometimes between the Pentateuch and the Sermon on the Mount, in fact God is simply accommodating people in various cultures at various stages of history while keeping his overarching goal the same.

We see echoes of this divine truth in everyday family life. For example, I try to treat all my four children equally, at least in the sense that I don’t favor one over the other. However, I certainly don’t treat them all exactly the same, nor do I give them all the same rules. My toddler has to hold my hand when we cross the street, while my eleven year old is free to venture to the other side on her own. The difference, of course, lies not in my desire to make one child’s journey more dangerous than the other, but in their different maturity levels. The older kid is smart and wise enough to know when to walk, while the younger one isn’t. I accommodate the difference by treating them differently.

I also applied this principle of accommodation when I worked for five years with inner city youth. Part of our ministry involved taking kids from troubled backgrounds to the mountains for summer camp. Well, let’s just say that many of the youngsters I was in charge of at camp operated according to a different value system than that with which I was raised. These were some rough and tough kids. Therefore, it was simply not realistic to expect them to behave like I did as a kid or like my own children do. Most of the urban youth simply weren’t spiritually or morally mature enough to do that. As such, I adjusted my rules accordingly. For example, I gave junior high boys rules about hitting and stealing that my own son had mastered by the age of three. Rather than expect them to love their enemies, I tried to make them less dangerous to their enemies as a step towards that more distant goal. I also was much more lenient with my camp kids in regards to crude and vulgar language than I am with my children at home. Does that mean I wanted the inner city youth to be foul mouthed? Of course not, but I had to deal with reality. They simply were not going to be able to completely change they way they talked instantly.

Now, if someone looked at the way I interacted with my camp kids compared to they way I parent my own children, they might say that I was inconsistent and perhaps even unfair. Shouldn’t I have the same rules for both groups? The answer is no, and it’s not because I am inconsistent or unfair. The difference is not me, it’s the kids. Rules that I implemented at camp would be completely unnecessary at home because the purpose of those rules had already been accomplished there.

This is what Jesus and Paul and the rest of the New Testament writers taught concerning the law. God was dealing with people where he found them. That is not to say he was content to leave them there. However, he had to deal with reality.  He gave them rules pertaining to their situation and even condescended to allow them certain practices that he was not in favor of due to the hardness of their hearts. For example, Moses allowed the people to divorce as a protective measure for the women. Allowing an official divorce was better than having an unwanted wife turned out on her own or worse. However, as Jesus explained, God has never approved of divorce. His allowance of it was strictly due to the immature state of the people (Matt. 19:7-9). God never approved of slavery, either, but he accommodated it to a degree because of the hardness of the people’s hearts.