Why Does God Remain Hidden from Seemingly Genuine Seekers? 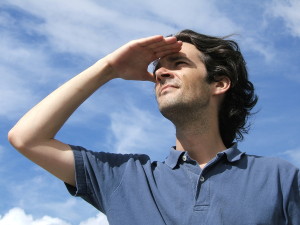 But sometimes people who seem like genuine seekers simply don’t find God. I personally know many skeptics that claim to have sought God without success, and I have no reason to doubt their sincerity or their experience. They seem open to the existence of God, but they just haven’t found him. God remains hidden. What are we to make of this?

One key to reconciling scripture with the experience of these unbelievers is to clarify what it means to seek God.

In general, when a skeptic asserts that he tried to find God but couldn’t, he means that he asked God to reveal himself in such a way that his existence would be unmistakable and God simply didn’t show up.  The skeptic waited for some evidence that would be irrefutable, an experience or a piece of data that would overwhelm him, and God never came through.  The specifics of this are often vague and most unbelievers I’ve talked to aren’t really sure what would suffice (Do they want the Mississippi to instantly dry up? An A on the test for which they didn’t study? Sky writing every day at 4:30? Well, not necessarily, but something BIG) but the overarching point is usually the same: “If God wanted me to know him, and you Christians claim he does, then he should be able to do something more than whatever it is he is doing right now. As it is, whatever evidence you claim is available can all be easily explained away.”

The problem with this approach is that sitting back and waiting for God to do something (or asking him to do something) is not seeking; it is testing. While God promises to be found by those who actually seek him, he makes no such deals with those who demand signs. Indeed, Jesus labels such people wicked and adulterous (Matt. 12:39; 16:4).

But what is the problem with testing? After all, if God wants to be known shouldn’t he respond even to tests? Isn’t it better for God to give a specific sign of his existence to someone who wants it than to let that person continue in their disbelief? Shouldn’t he just show up and overwhelm everyone with whatever it takes to prove his existence? Why is God so heartless?

Actually, the heart is the key to answering that question. It’s not that God doesn’t have one or that he doesn’t care about man’s fate; it’s that he values man’s heart condition too much to resort to the demands these skeptics make. Let’s flesh this out with two quick points.

First, the goal of God’s revelation is not simply intellectual assent to certain propositions about his existence. God doesn’t want us to just believe facts about him. He wants loving relationship. Love requires both sides in the relationship to freely give of themselves to the other. It is an act of the will, not the mind alone. In love, both parties move towards the other. In other words, by its very nature, love involves the “seeking” of the beloved. To love God then, we have to be able to seek him. God’s “hiddenness” allows for this. If he showed up in perfect clarity and required nothing in return, it would, as Pascal noted, help the mind but harm the will by moving men to pride rather than love.

Second, the goal of revelation is redemptive. God is seeking to draw us out of our current dire condition (that of rebellious and belligerent prodigal children) and draw us into the very life of the Trinity. This requires a particular type of revelatory evidence. God cannot simply show up in all his glory and say “Here I Am” because we couldn’t handle that. We don’t have faces to see him in that state yet. He has to remain veiled to a certain degree due to our sinfulness.

As such, God reveals the truth in a way that can be rejected. It’s not that truth is unavailable; it’s that it requires seeking to find it. That is, only those that humble themselves and chase after God will find him. Those that sit back and demand God cater to their whims will not.

Peter Kreeft, in commenting on Pascal, offers these good insights:

Discovery of truth depends on the heart and will, not just the head and mind. This is why the prime requisite for finding any great truth (like God, or the meaning of life or death, or who we are and what we ought to do, or even finding the right mate and career) is love, passion, questing and questioning. Once we pursue a question with our whole being, as Socrates pursued “know thyself”, we will find answers. Answers are not as hard to come by as we think; and questions, real questioning, is a lot more rare and precious than we think. Finding is not the problem, seeking is. (p. 217)