The False Assumption Underlying Many Discussions of Comparative Religion

In his wonderful Philosophy of Religion, Fulton J. Sheen expounds on several false assumptions underlying many studies of comparative religion. Here is a major one: is is commonly believed that the Divine and True Religion must be different from all other human religions. This is false, but I find it pervasive among both believers and skeptics, and hugely problematic. 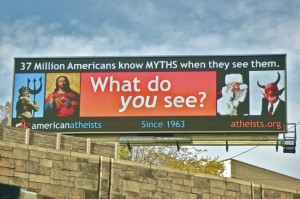 For example, I often interact with those who think that if a biblical story has mythical elements or similarities to any non-historical religious tale, then the biblical story must be non-historical as well. The Christians who believe this spend their time trying to show that Christianity is completely different from pagan myths, sometimes having to stretch to ridiculous intellectual extremes to deny some of the obvious parallels. The skeptics who accept it emphasize these similarities as proof that Christianity is unhistorical, also working from the false premise that these parallels debunk biblical religion.

That is not to say that there are not clear differences between Christianity and other religions. Sheen does an excellent job of explaining the transcendence of Christianity, but that is a point I will leave for another post.