Thanksgiving: The Antidote to Fear and Despair 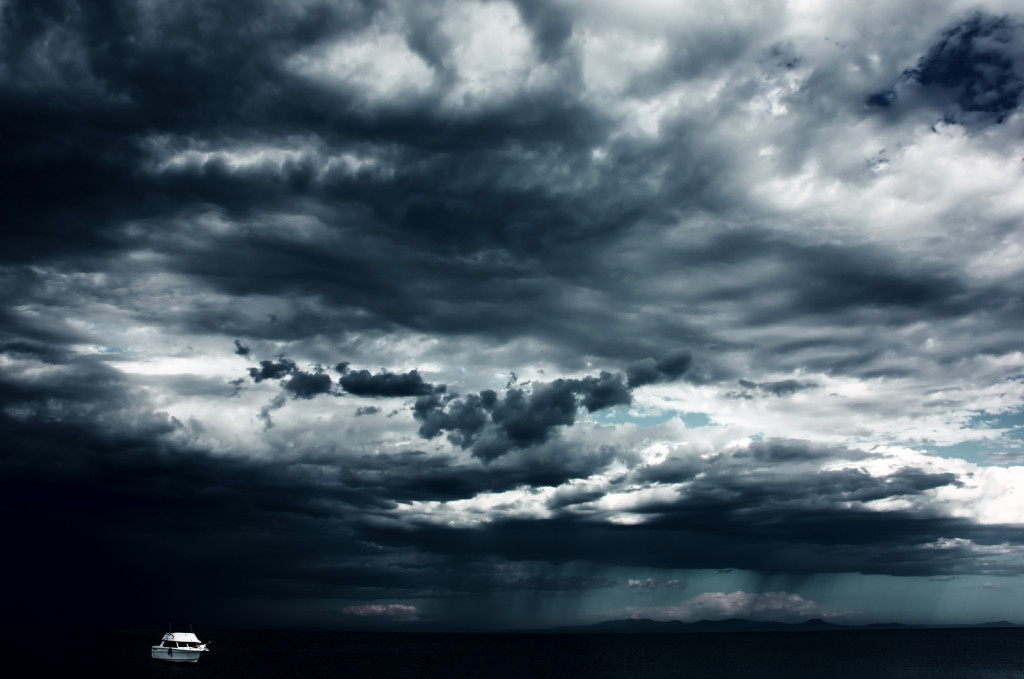 Life is full of opportunities for despair. Hard times and tragedy hit (or you see them approaching) and it feels like the end has finally come. You’ve met your doom. There is just no way you’re going to get through this one.

That’s a lie of Satan, of course, and there are two possible responses. Refuse to accept it, trust God and face the challenge with courage or cower in fear and descend into despair.

The Bible is full of examples of both.

On the negative side we can point to the the disciples who were in the boat with Jesus  and thought they were going to die in the storm up. Or the Israelites at Kadesh Barnea who were told to take the land but refused because they were afraid of its current inhabitants. A later generation of Israelites had a similar response when mocked by Goliath; they cowered in fear and would not take his challenge to fight.

A more positive example is provided by Jehoshaphat in 2 Chronicles 20. Judah looked as if it was going to be overrun by a powerful army, but the king led them to a great victory. David was another ruler of great faith and courage; he defeated Goliath when no one else would even try.

Let’s take a quick survey of these stories to see this principle fleshed out.

When the Israelites refused to enter the Promised Land God was angry. He explained to Moses exactly why:

The LORD said to Moses, “How long will these people treat me with contempt? How long will they refuse to believe in me, in spite of all the miraculous signs I have performed among them? I will strike them down with a plague and destroy them, but I will make you into a nation greater and stronger than they.” (Numbers 14:10b-12)

The people had not been asked to take a blind leap of faith at Kadesh Barnea. God wasn’t new to them. They hadn’t just met him. The people should have known that God was trustworthy. They had seen his power and goodness over and over again. He had always been faithful to take care of them in any and every situation. That is why God is angry. In spite of all the miraculous signs, in spite of all the evidence of his power and goodness, the Israelites refused to trust.

This is the same principle Jesus used with the disciples. He was angry because they had been given plenty of evidence of his power yet they still didn’t trust:

He got up, rebuked the wind and said to the waves, “Quiet! Be still!” Then the wind died down and it was completely calm. He said to his disciples, “Why are you so afraid? Do you still have no faith?” (Mark 4:35-40)

The important word in that last sentence is “still.” The key to understanding Jesus’ rebuke is to realize that the disciples had already seen Jesus do many miraculous signs and wonders. He had shown his power and goodness in casting out demons and healing many sick and lame (Mark 1:21-3:12). The proper response to the storm would have been to remember that Jesus had been willing and able to exert authority over every other realm of existence, and surmise that he could handle this, too. The disciples obviously did not do this, as they were convinced that death was immanent.

There is a simple antidote to fear and despair: praising God for what he has done in the past. Instead of grumbling and cowering at the report of giant armies and powerful men, the Israelites should have had a time of prayer and praise, thanking God for his wonderful work in getting them to this point. After spending some time remembering the plagues and the Red Sea and the provision of manna from Heaven and water from the rock and the victory over the Amalekites, etc., they almost certainly would have been willing to enter the land e or fight Goliath expecting to see God perform more miracles.

The act of recounting the stories and thanking God for what he has done puts a person in the frame of mind necessary to obediently step out in faith. It shines the light of truth on the present situation and destroys the lie that God is not trustworthy.

This is exactly what King Jehoshaphat did. He stood up in the courtyard and said:

O LORD, God of our fathers, are you not the God who is in heaven? You rule over all the kingdoms of the nations. Power and might are in your hand, and no one can withstand you. O our God, did you not drive out the inhabitants of this land before your people Israel and give it forever to the descendants of Abraham your friend? They have lived in it and have built in it a sanctuary for your Name, saying, ‘If calamity comes upon us, whether the sword of judgment, or plague or famine, we will stand in your presence before this temple that bears your Name and will cry out to you in our distress, and you will hear us and save us.’

But now here are men from Ammon, Moab and Mount Seir, whose territory you would not allow Israel to invade when they came from Egypt; so they turned away from them and did not destroy them. See how they are repaying us by coming to drive us out of the possession you gave us as an inheritance. O our God, will you not judge them? For we have no power to face this vast army that is attacking us. We do not know what to do, but our eyes are upon you.” (2 Chronicles 20:5-12)

Notice the confidence inspiring content of the prayer. Jehoshaphat started by ascribing to God all power and then backed up this claim by recounting what God had done in the past in giving Israel the land. With his mind focused on God’s faithfulness in the past, Jehoshaphat could look confidently towards the future, knowing that God is trustworthy and will keep his promises. When asked to step out in faith and face the army, Jehoshaphat obeyed, even though it looked like a fool’s errand, and God provided a great victory (2 Chronicles 20:14-29).

God did the same for David, and for the same reasons.

David said to Saul, “Let no one lose heart on account of this Philistine; your servant will go and fight him.”

Saul replied, “You are not able to go out against this Philistine and fight him; you are only a boy, and he has been a fighting man from his youth.”

But David said to Saul, “Your servant has been keeping his father’s sheep. When a lion or a bear came and carried off a sheep from the flock, I went after it, struck it and rescued the sheep from its mouth. When it turned on me, I seized it by its hair, struck it and killed it. Your servant has killed both the lion and the bear; this uncircumcised Philistine will be like one of them, because he has defied the armies of the living God. The LORD who delivered me from the paw of the lion and the paw of the bear will deliver me from the hand of this Philistine.”

David knew that God was able to help him defeat Goliath because God had helped him defeat strong enemies before. By keeping his mind on God’s past mighty works, David was able to affirm God’s trustworthiness and take a huge step of faith with confidence.

David was in the very same position as the Israelites at Kadesh Barnea. Both were faced with the option of either following God and stepping into battle with a very strong foe or turning around and running in fear. David looked back, realized God was trustworthy, and took a step of faith. The Israelites didn’t. They looked only at the obstacle in front of them, never looking back at what God had done, and ended up dying in the desert for lack of

Remembering God’s faithfulness is a very difficult thing to do, especially when the wind is blowing hard and it seems like the waves will swamp us, but we must do it if we are ever going to survive the journey of life into the Promised Land.

Let’s take this Thanksgiving season to follow the example of David and Jehoshaphat rather than the Israelites or the disciples in the boat. When faced with situations that fell catastrophic, we can give thanks for all that God has done and face the future with confidence, knowing he can handle it and the he will get us safely home. 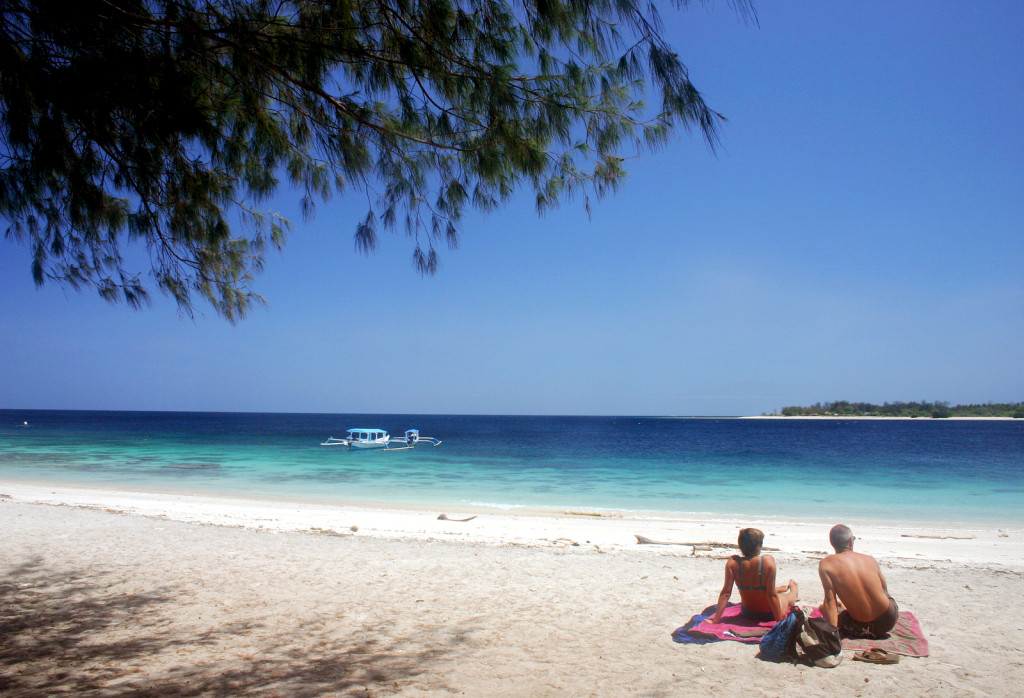