On October 6, 2012, 10-year-old Aman Kumar went missing from his house in Jamunapur, India. His mutilated body was discovered several days later in a ditch and three locals were arrested for his murder. They explained that they had lured Aman to their house, tied him with rope and gagged him so that he could not shout for help, and then ritually killed the boy as a sacrifice to the gods. A witch doctor had told them that this sacrifice would enable them to find a “hidden treasure” near their house.

On December 31, 2011, 7-year-old Lalita Tati went missing in the state of Chhattisgarh, India. A week later authorities discovered that she had been murdered in a tribal sacrifice and her liver offered to the gods to improve crop growth. She “was sacrificed by two persons superstitiously believing that the act would give a better harvest,” Narayan Das, the police chief of Bijapur district, told reporters.

I suspect that you cringe at these grisly reports and rightly so. Child sacrifice is abhorrent and should make us recoil in horror.

Perhaps you also thank God that child sacrifice, once so prevalent around the globe, has been largely eradicated. We may have a few isolated reports out of some remote places in the globe, but compared to what it has been in the past, child sacrifice is rare.

On one level I agree with this sentiment. Certainly the type of ritual killing described in these reports is fairly uncommon and, indeed, we can point to God’s missionaries and politicians as the main tool He used to get rid of these evil practices.

When William Carey arrived in Calcutta in 1794, for example, a baby was sacrificed to the goddess Kali every day at her temple in the city. Over the next several decades, Carey worked tirelessly along with reformers such as William Wilberforce to abolish that practice (as well as others, such as the burning widows on the funeral pyre of their husbands, abandoning the old to die, and the casting of unwanted babies into the Ganges) and now statues of Carey stand in India for his providential role in saving the weak and powerless. In this Carey was simply carrying on the strong and unbroken Christian tradition of fighting the evil practice of human sacrifice in the pagan cultures where it was found. Historically, the church has been at the forefront of ending human sacrifice all over the world. From the Druids of Northern Europe to the stone age tribes of Papua New Guinea to the Aztecs of Central America, the gospel has saved millions of lives both eternal and temporal.

But we must not be too quick congratulate ourselves. 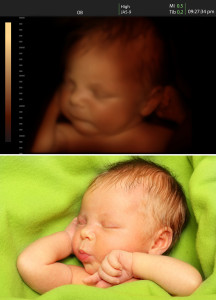 After all, child sacrifice has not really ended; it has simply been moved behind the doors of the abortionist’s office and multiplied exponentially. In America alone, in the 40 years since Roe vs. Wade, an anniversary we solemnly acknowledge today, 55 million babies have been sacrificed to the same demonic gods as were Aman Kumar and Lalita Tati. The shamans of the sexual revolution preach that we can achieve wealth and fame and freedom and happiness if we only give up those children in the womb. It is the same insidious lie told by the Indian witchdoctors and it has the same Satanic result: death, pain, and suffering.

We should not deceive ourselves into thinking that ours is a Christian culture that does not need the reforming missionary message required by those exotic pagan lands of the past. The fact is, we are more currently more pagan than many of them ever were. It’s time for the church to renew its historic commitment to the poor and helpless and take up the mantle of Carey and Wilberforce in defending the life of the unborn. Perhaps you could ask your pastor to preach a message about abortion. Or volunteer at a crisis pregnancy center. Be more vocal about your support for expectant mothers and the babies they carry. Get more informed about the pro-life movement.  Watch this video (careful, it’s disturbing) and share it with others. There are hundreds of ways to get involved. Let’s get to it.

Donald Johnson is the author of How to Talk to a Skeptic: An Easy-to-Follow Guide for Natural Conversations and Effective Apologetics.