Skeptics and Sophistry: The Misuse of Language in the Debate over Free Will

I often talk with atheists who believe that matter is all that exists and that we live in a closed system of naturalistic cause and effect. In other words, they hold to some form of philosophical naturalism.

I won’t detail the full argument here, but one of the logical consequences of this materialist worldview is that humans have no free will. If matter is all there is, people don’t actually have the ability to make a choice between cereal and a bagel for breakfast; we just chow down on whatever the myriad of physical variables in our past determined that we eat. Indeed, everything we do is the result of a long chain of reactions that we had no control over, from breathing to committing murder. 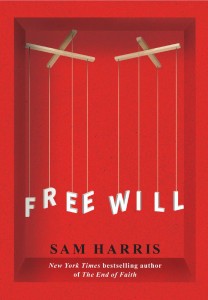 As such, argue those that accept this truth, we must rethink our moral judgments of people. After all, if someone had no choice but to be a criminal, we shouldn’t treat them as if they were culpable. We should take a more therapeutic approach, trying to adjust their behavior rather than punish them for doing evil. For example, Sam Harris, in his recent book Free Will, is quite explicit in denying culpability even to sexual predators: “All rapists are, at bottom, unlucky – being themselves victims of prior causes that they did not create” (p46).

Harris follows the logical consequences of his worldview to a greater extent than many of his fellow skeptics, and I applaud him for it. Most are not willing to go that far. They may understand that determinism is a logical consequence of naturalism, but they don’t want to abandon the concept of morality and personal responsibility completely. Even those that might dismiss some criminals as “unlucky” don’t extend that judgment to everyone who does “wrong”.

For example, I have yet to hear an atheist wave off the sexual abuse scandal in the Catholic Church as simply the result of “bad luck.” Skeptics are generally very zealous in their condemnation of the priests who perpetrated this evil as well as the hierarchy that covered it up. They also, it seems, feel a certain moral superiority to the wicked child molestors, a view that is blatantly unwarranted in a deterministic universe.

Further, skeptics commonly chastise believers for making a stupid choice in accepting religion, an action the atheists clearly think they were smart enough to decide against.

To try to keep the cognitive dissonance to a minimum, then, these skeptics try to retain the language of choice and free will while still holding on to materialistic determinism.They claim that we can still have “choice” and “responsibility” within a deterministic worldview and therefore we are justified in making judgements and accepting praise for doing the right thing.

Conversations with these folks can be frustrating. In my experience, this is generally how they go:

Don: Within your materialistic worldview, humans don’t have choice and therefore can’t be held responsible for their actions.

Atheist:  Not true. We do have choice. It is materialistic process involving innumerable variables and inputs that result in an action that we call a “decision.” Ultimately “choice” is akin to what happens when a thermostat flips a furnace on. Many variables come together to produce a result. That action is a choice.

Don: What you just described is not choice.

Atheist: Of course it is.  Why are you not getting it? [They describes the same process again.]

Don: That is not choice. It’s what happens when a thermostat flips the furnace on. Thermostats don’t make decisions.

Atheist: OK, it is not free choice, but it is choice. We are just using the same word to represent a different reality. The term is used this way in academia all the time. It’s like saying the sun rose at 5:30. The sun didn’t literally rise, but it still rose. It’s figurative language. We may not have literal choice, but it’s still choice. I am fully justified in calling what happens in a determined universe “choice” and therefore am justified in making moral judgments on people who make wrong choices.

Don: Could you explain your understanding of what happens when we make a “choice” using more literal language? 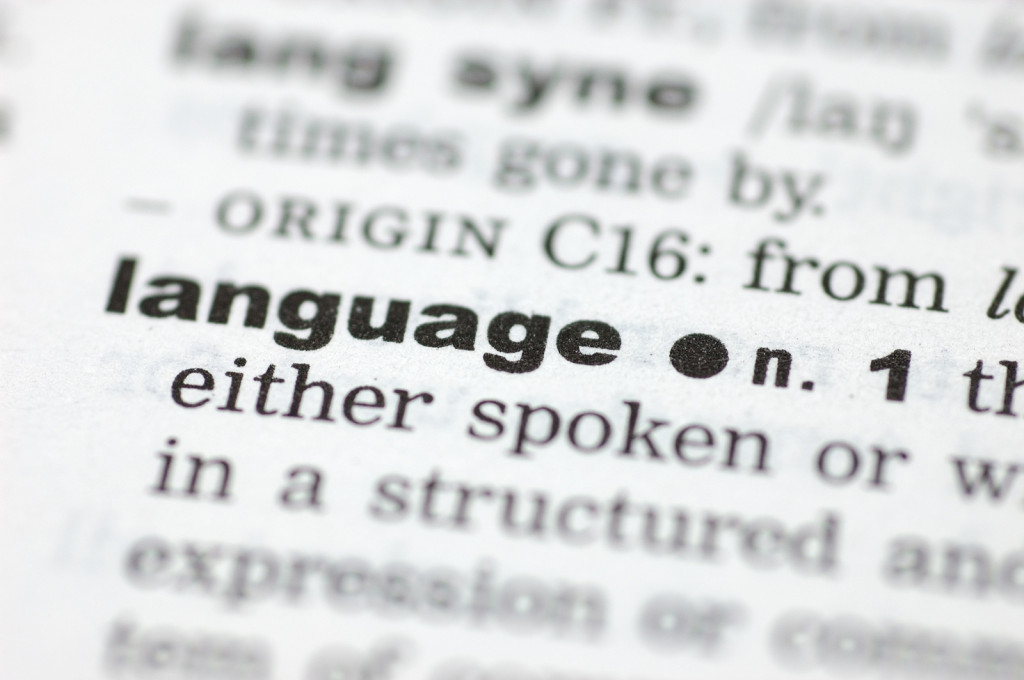 I encounter this kind of sophistry often, so let’s take some time to break down this encounter.

My debate partner claimed that it was fine for him to keep using the word “choice” to describe what happens in a closed system of cause and effect because words can have more than one meaning and can be used figuratively as well as literally. OK, let’s see if he was using language properly here. We’ll start with a quick analysis of the use of symbolic or metaphoric language in describing reality.

Because English is a complicated language and the same word can have different meanings, it seems to me that if you are trying to describe something to someone else, your language should have the following characteristics.

First, your words should be easily recognizable by the audience, especially if you are using words that have multiple meanings. If you are going to use a figure of speech, for instance, it should be one that people easily recognize as such.

For example, consider this descriptive statement: “I ran a marathon last weekend.” Most people would understand that to mean that the speaker literally jogged 26.2 miles as part of an organized race. However, it could also mean that the speaker was the chief executive officer in charge of making sure the marathon took place and operated smoothly. If he actually meant the latter and was misunderstood to mean the former, he could clarify himself easily.

Megan: Wow, that’s great. I didn’t know you were that serious of an athlete.

Sharon: No, no. I was the CEO of the event. My firm handles things like that.

The word “ran” would normally be understood literally in the first sentence, but it also makes good sense and would be commonly understood in the more figurative sense, so it is perfectly acceptable for Sharon to use the word “ran” in the way that she did. Her statement had more than one potential meaning, but she used the words in a way that is widely accepted and she was able to clarify using other language. Here is another example:

My wife: I’m going to run over to the coffee shop to meet the girls.

Me: [seeing that she is in workout clothes] Great. Are you going to get on the treadmill first?

My wife: No, I’m actually going to jog over to the coffee shop. I’ll get my workout in that way.

In this exchange I assumed at first that my spouse was using “run” in a more figurative way. I thought she meant that she was going to drive to the coffee shop, as would most people in that context. However, she had no trouble explaining the term literally in clarifying how she was actually defining the term.

In the same way, if I said “I flew up to San Francisco yesterday” (speaking as one in Orange County, California) most people would interpret that to mean that I rode in an airplane. However, it could also mean that I drove to the Bay Area really fast. If there was any confusion (“But I went to SFO yesterday morning as well and I didn’t see you at the airport”) the meaning is easily explainable using different terms.

Now, some language (even metaphorical language) doesn’t have more than one common meaning in terms of describing reality. For example, “The sun rose at 5:45 AM” is figurative language with only one common meaning. By that I mean that there is only one literal reality presented by the word “rose”. If someone says “The sun rose at 5:45” they mean “As the earth spun on its axis while orbiting the sun, the sun became visible on the horizon in my geographical area at 5:45.” I have never heard of anyone using that phrase in a different way.

I point this out because if you start with a common descriptive statement and reach a conclusion that doesn’t follow, someone might (rightly) question your use of language. For example, let’s say your friend tells you, “The sun rose at noon today.”

“What are you talking about?” you might ask, “The sun was up before 7”

“Oh, no,” he explains, “I mean that it broke out of the clouds and became visible to me at noon.” You would be right in explaining that he is not using language properly. That is not what the phrase means. He might respond, “Well, that is how I choose to define it,” but this approach to language makes communication impossible. Redefining words to mean anything you want is confusing and dishonest.

This gets even crazier if someone tries to redefine words that are not generally understood as symbolic and have only one meaning. Consider this fictional conversation:

Joe: I piloted a plane from LA to San Francisco yesterday.

Fred: Really? I didn’t know you knew how to operate an aircraft.

Joe: Sure I do. I sat right there in row 16 seat F and piloted it up the coast.

Fred: That doesn’t sound like piloting. Did you have a remote control device or something?

Joe: Nope, just sat there and read my book.

Fred: That is not piloting

Joe: Well, that is how I define it. Maybe it’s not “pilot piloting” but still piloting. In fact, I brought the plane in for a perfect landing – it was very skillful.

Fred: You are taking credit for the smooth landing?

Joe: Absolutely. I was an integral part. You see, the “pilot pilot” had to take into account my weight when calculating how much power he needed to keep the plane in the air at each altitude.

Fred: You are taking credit for “landing the plane smoothly” because your weight was part of the equation?

Joe: Of course. That is very common in the rarified academic circles that I inhabit. I can’t believe you have a problem with it. What a moron you are.

This is exactly what skeptics do when redefining the word “choice.” When people speak of making choices in day to day life, they are not referring the type of event that happens at the end of a complicated series of determined events, such as the thermostat flipping the air conditioning on. They understand the ability to choose as the freedom to pick between two or more options. However, to talk plainly about this view would make the silliness of the position very clear and make moral judgments impossible, so they obfuscate in an effort to keep the language of moral responsibility.

This method is often used by those who advocate a “compatibilist” position in regards to free will. Compatibilists claims you can have “choice” and “responsibility” and “free will” and a certain amount of “freedom” within a materialist worldview. However, compatibilism boils down to simply redefining these terms to mean something they have never meant to anyone before. As Harris rightly points out, compatibilists like Daniel Dennett seem “deliberately obtuse” (p. 18) in discussing matters such as freedom and responsibility. He accuses them of subtly changing the subject instead of facing the consequences of their views head on and states that “compatibilism amounts to nothing more than an assertion of the following creed: A puppet is free as long as he loves his strings.” (p.20) I agree completely. Puppets are not free in any common sense meaning of the word. This is a perfect example of redefining a word (in this instance “free”) to suit one’s rhetorical needs. It occurs far too often in the debate over free will.