How to Watch Movies with Discernment: An Interview with Hollywood Screenwriter Brian Godawa 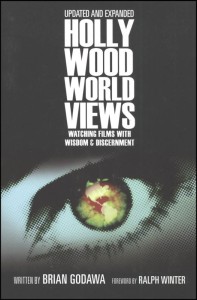 Don talks with Brain Godawa about how movies affect and reflect the culture. The conversation touches on several topics, including how stories communicate and how we can discern a filmmaker’s worldview.

Brian Godawa is an award winning screenwriter, author, and international speaker on art, movies, worldviews, and faith. His popular book, Hollywood Worldviews: Watching Films with Wisdom and Discernment, is used as a textbook in schools around the country. He is also the author of the fiction series Chronicles of the Nephilim, the first book of which is Noah Primeval. Brian also blogs on movies here.