How the Noah Movie Distorts the Truth about God 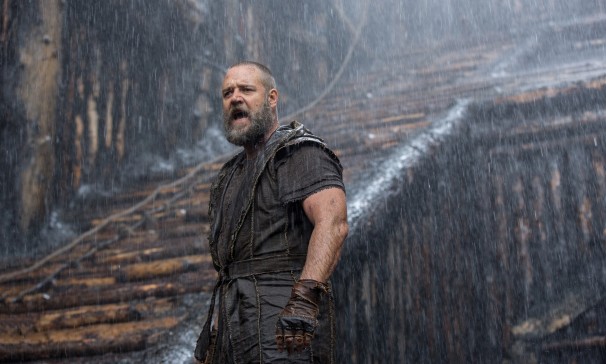 Let’s get something out of the way up front. I think it is great that Hollywood is making biblically themed movies and it doesn’t bother me at all that they take liberties with the text. To make a film, they have to add some extra-biblical content. So I really don’t care that Darren Aronofsky filled out his Noah narrative with rock people and other underdeveloped characters, for example, or that the plot is only vaguely recognizable as being the story from Genesis. It’s just a movie, after all, and I thought much of the Christian community’s concern over the film in the months leading up to its release today was unfounded and silly.

That said, I do think it is important that we be able to recognize and discuss points at which a movie contradicts the text, especially if it concerns something important about the nature of God and his plan for the world.  In this area, Christian leaders have not been vigilant or vocal enough. In the weeks leading up to release, I kept hearing how Aronofsky stayed true to the essential truths of scripture and respectfully portrayed God and Noah in a way that Christians could affirm. Now that I’ve seen the film, I must respectfully disagree. Noah gets both of these main characters not just wrong, but drastically and dangerously wrong, and we need to be able to explain that to our friends and family members who might be confused after viewing it.

To explain, let’s look at two of Aronofsky’s main premises in the movie:

1. Noah is no different or better than any other human on earth.

2. Other than Noah’s family, no other humans were given a chance at salvation in the ark. Only animals are allowed.

Using these propositions as starting points, Aronofsky builds the movie around the questions and logical conundrums that would naturally arise.

For example, Noah concludes, at least for a time, that he and his family must die as well. After all, if he is as deserving of justice as everyone outside the ark, and if God willed their death based on justice, then that God of justice must want him dead too. Indeed, to execute this will, Noah is ready to kill his family himself to ensure that no humans are left on the planet.

But what it if was not just that all people outside the ark died? This is another major area of exploration for Aronofsky. Noah may be no better than the rest of humanity, but are they all so wicked as to deserve death? In the movie, that answer is no. While the majority of the people outside the ark were desperately bad and deserving judgment, some were good and innocent, yet they were intentionally left behind to die anyway. When Noah realizes that there might be some good in people, it allows him to (spoiler alert) abandon his plan to kill his family. However, the question of why some good people were not given the second chance that he was then remains.

This is one of the reasons the movie is so unsatisfying and disjointed. Aronofsky has no answers to the questions that arise from his presuppositions about the flood narrative. And if the public accepts those premises, even if they don’t buy all the other nonsense in the movie, they will be just as befuddled about the God of Genesis as Aronofsky is, because, given these presuppositions, there are no good answers. If people accept Aronofsky’s starting point, most will either see God as an arbitrary and capricious bully who kills some and lets other live, or a distant deity that is completely beyond knowing. Either way, the picture is false.

Thankfully, neither option is necessary because the presuppositions are false. Noah was different from the rest of the people on earth (which is why he and his family were saved on the ark), and everyone was given a chance at redemption.

To flesh that out a bit, let’s start with Noah’s uniqueness. According to Genesis 6, at a time when “every inclination of the thoughts of the human heart was only evil all the time,” Noah “found favor in the eyes of the Lord;” he “was a righteous man, blameless among the people of his time, and he walked faithfully with God.” That doesn’t sound like just another sinner. Noah was more faithful to God to everyone else, and that is why he was chosen for the ark.

This interpretation is supported by the preceding chapter in Genesis. There Noah’s lineage establishes him as the chosen one who comes from the righteous line of Shem, as opposed to the unfaithful line of Cain. The “two lines” theme is very important in Genesis and its point is not to show that bloodline dictates whether God favors you or not, but that ultimately there are only two kinds of people in the world: the righteous and the unrighteous, those who live in right relationship with God and those who don’t. Righteousness leads to life, unrighteousness to death. Noah lived in right relationship with God, and he was saved as a result. Indeed, scripture states this explicitly in Ezekiel 14:14 and 14:20.

That doesn’t mean that Noah was perfect, of course. People often point to the episode of his drunkenness to support the idea that Noah wasn’t really all that great a guy. But this line of exegesis is misleading. First of all, that Genesis 9 episode happens much later in the story and is related only indirectly to the flood. Also, I believe the strongest interpretation of the passage, which involves Ham seeing “the nakedness of his father,” points to Ham violating his mother and producing another cursed line. (I’ll have to leave the details of that for another post.) Regardless, Noah the shipbuilder is not shown as an evil man in any way.

He is described as a “preacher of righteousness”, though (2 Peter 2:5). This indicates that he proclaimed God’s truth to the people. And what would that truth be? Undoubtedly, if the rest of the Bible is any indication, “Judgment is coming but if you repent you will be spared.” That is God’s consistent message from every prophet in the rest of scripture and I cannot think of any basis for thinking that God’s message to the people would have been different in Noah’s time. We know that God is “patient, not wanting anyone to perish, but everyone to come to repentance” (2 Peter 3:9). How can we think that he would punish the world without giving them a chance to repent? Surely he did give them a chance. As Peter explains, God “waited patiently” in Noah’s time but only a few were saved (1 Peter 3:20).  This is clearly contrary to Aronofsky’s second premise.

It follows, then, that nobody was kicked off the ark who wanted to be there. Rather, the door would have been open for any to come in. More explicitly, Noah would have been inviting them to come in, albeit to no avail. In Noah the movie, however, he is at the door fighting to keep them out. It’s ridiculous. Not just ridiculous, but evil, because it presents such a completely distorted view of God. As Aronofsky has said often in interviews, he wrote the character of Noah to reflect the character of God as he sees it. Unfortunately, rather than lovingly invite his children to be saved and escape destruction, we see a god fighting his people off with sticks and stone angels. In the movie, the people congregate around the boat for months, waiting expectantly for the moment they can rush the ark and fight their way in. In the real story, they were “eating, drinking, marrying and being given in marriage up to the day Noah entered the ark. Then the flood came and destroyed them all.” (Luke 17:27) That’s a huge difference.

The fact that so many Christian leaders have supported this movie as if it is theologically positive or, at worst, neutral, is a travesty. It isn’t positive or neutral. It’s negative. The picture of God we get from Noah is of a bloodthirsty and capricious tyrant who needs to learn a few things about love from a few of his creatures. Nothing could be further from the truth. God is love, and the flood story is another example of him graciously extending his hand and offering a way to save people from the consequences of their choices. It’s a lesson we desperately need today.  As Jesus explains, “Just as it was in the days of Noah, so also will it be in the days of the Son of Man” (Luke 17:26). Those days are upon us. We could use a few more preachers of righteousness, and a few less positive reviews of movies that distort God’s invitation.