How Being an Evangelist Helped Lead Me to Catholicism 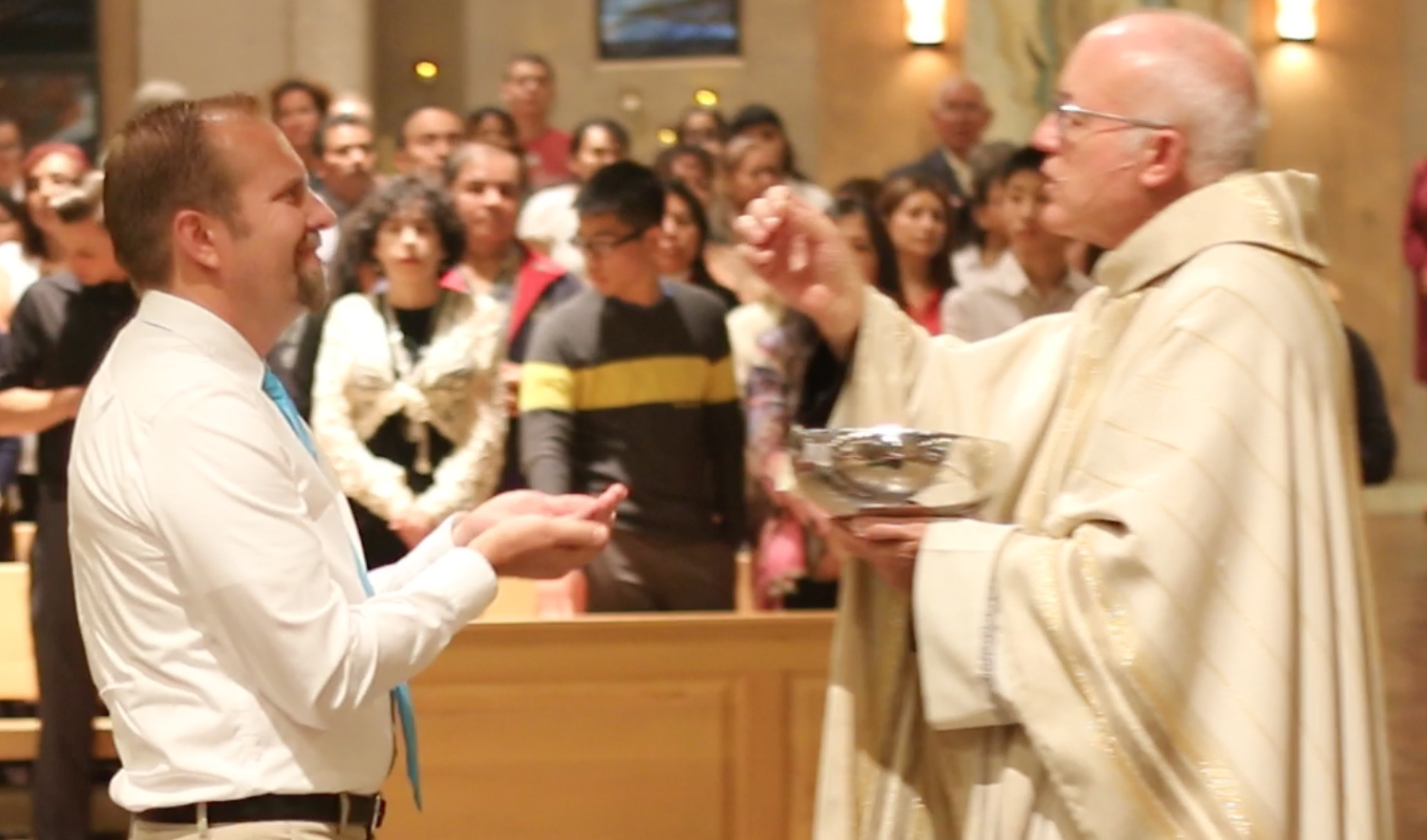 I was recently asked by my pastor to say a few words about my conversion at Mass. Here is what I shared:

It is a great privilege to be here today, and certainly not something I would have imagined just a few short years ago. Thank you for letting me share briefly about how this came about.

In many ways, I credit the atheists and agnostics that have become so vocal in our culture recently. I grew up in a strong Christian home and for the past couple of decades have been heavily involved in evangelism. In particular, I’ve spent a lot of my time dealing with hardcore religious skeptics, people who not only don’t believe in God or Jesus, but are openly hostile to the whole idea of Christianity.

My approach to these folks generally goes like this: I try to get them to see that there just might be more to the world than they’ve been led to believe. That perhaps, just perhaps, there might be dimensions to reality that they hadn’t really taken into account, and, that by ignoring these, that they were missing out on a whole lot of really good and true and beautiful things. In other words, I try to convince them that there are good reasons to believe that, not only is there a God, but that he loves them and longs for them to live abundant, meaningful , and joyful lives, and that they are missing out on that gracious offer. Their skeptical worldview is a handicap for them, it was constrains them from living life to the fullest.

Today’s atheists and agnostics like to challenge statements like that, of course, so in order to defend and explain them, I’ve had to do a lot of research over the years. I’ve deeply studied the Bible, dug into the far reaches of church history, and studied graduate level theology at a variety of fine institutions around the country.

As a result, a few things happened. First, I began to realize how little I had previously known about these topics – about the Bible and Church history and what the various traditions within Christianity actually teach – and at the same time I began to realize just how beautiful and reasonable and justified the teachings of the Catholic Church are.

And then, a question began to rise within my mind…I thought to myself, what if there is more to the world than I’ve been led to believe? What if, perhaps, just perhaps, there might be dimensions to reality that I hadn’t really taken into account, and that by ignoring them, I was missing out on a whole lot of really good and true and beautiful things. What if, I asked myself, not only did Jesus love me and long for me to live a joyful life, but that he had made possible an even more abundant life than I had realized by offering his very body, blood, soul and divinity in the Eucharist, and that for all these years I had been missing out on this gracious offer, among many others.

I realized that I had been guilty of unjustified skepticism towards Catholicism in much the same way that atheists are guilty of it towards Christianity in general. I also realized that I longed for the Eucharist, so that I may too, have all that God desires to give not only me, but all of us.

It has been a great joy, these last few weeks, to finally get to partake.