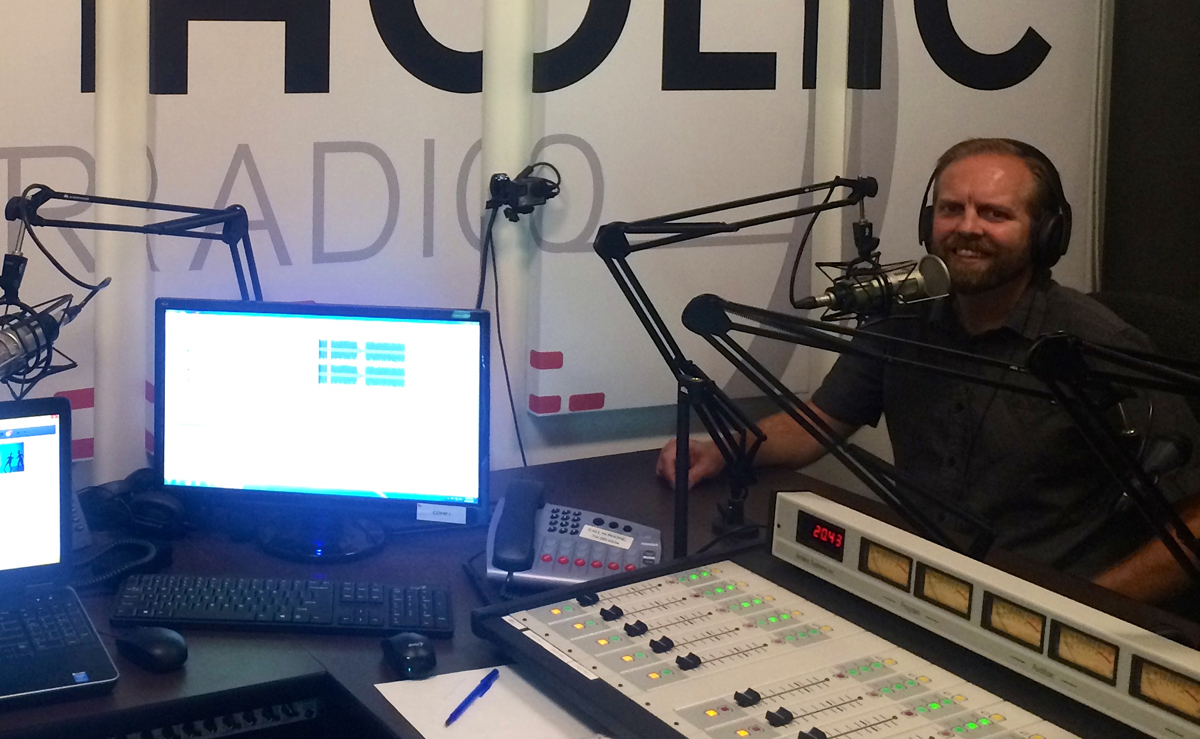 Conservative American Christians like to portray themselves as defenders of religious liberty and freedom of speech. You often hear them mocking liberal “snowflakes” for trying to shut down discussions, silence dissenting perspectives, and be overly uniform in their hiring practices. However, it seems that there is at least one topic that conservatives are happy to censor, as I recently experienced.

On Monday, June 24th, 2019, I filled in as host of The Patrick Madrid Show on Relevant Radio, the first of what was scheduled to be three guest spots that week. The program started without any problems. In the first hour I offered a review of Toy Story 4, critiqued a popular approach to interpreting scripture, and shared a story I found inspiring about a theme park worker in Florida.

Then I started covering the topic that would keep the episode from getting re-aired or released as a podcast, and end my relationship with Relevant Radio: the congressional hearing held a few days before on whether to convene a commission to study the legacy of slavery in America.

During that segment we played a few clips from some of the speakers at the hearing and I tried to give a brief overview of the argument in favor of establishing that commission, an argument that largely consists of simply doing a quick American history lesson. In this I relied heavily on the articles and speeches of Ta-Nehisi Coates, who eloquently addressed the panel, as well as notes I have taken from several other scholars on the effects of systemic racism in our culture. 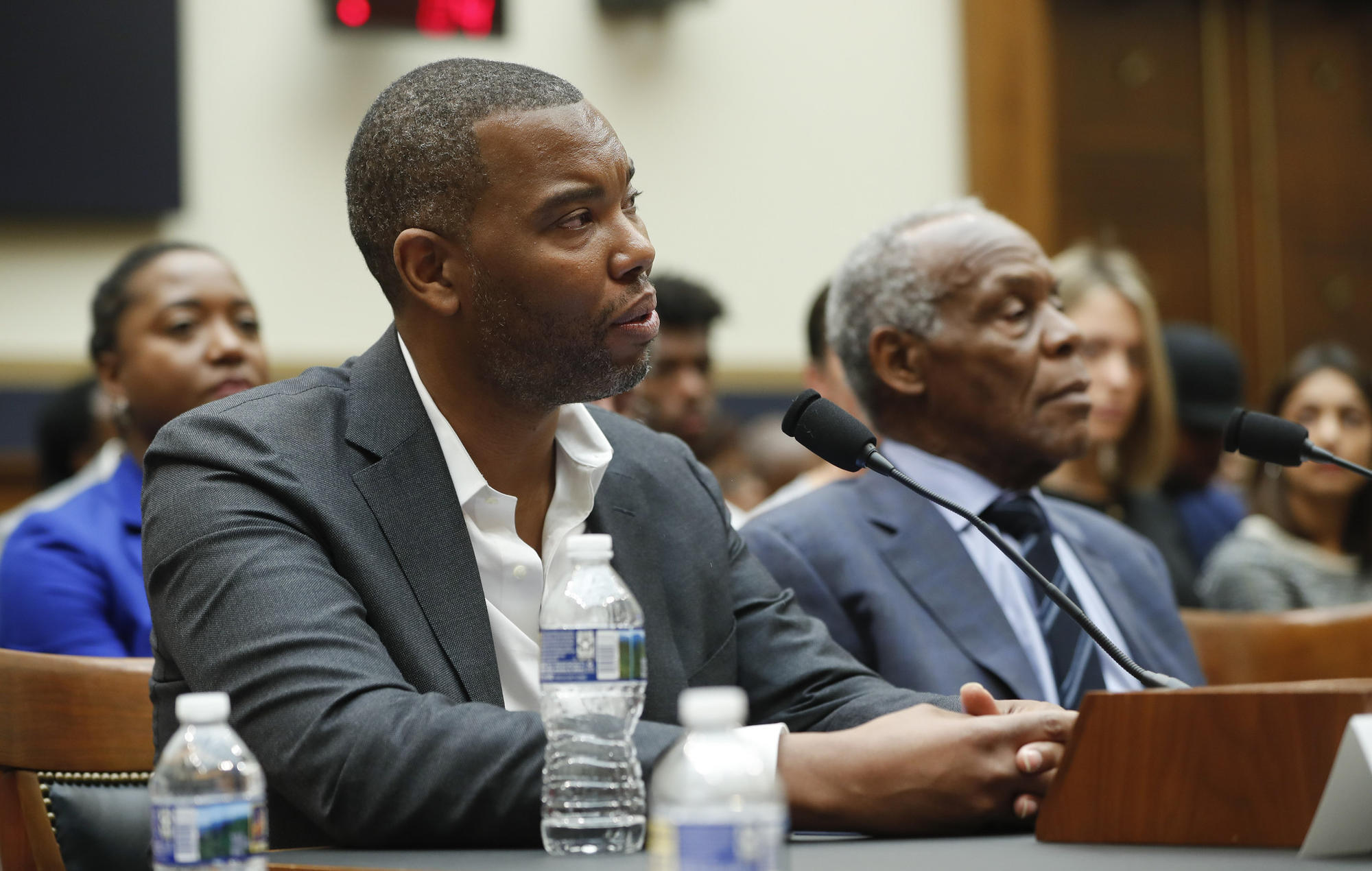 At this point I honestly thought that the show was going great. I could see on the call screen that the phone lines were completely jammed, and I could tell from the screener notes that most of them disagreed with Mr. Coates, but as a radio host that has never bothered me. Indeed, a bit of back and forth is what makes for good radio. I took some dissenting calls and had what I thought was a reasonable, fair-minded discussion with each caller. Interestingly, I also took a couple of calls that were very positive about my take on the subject, including one from an African American man who marveled that he had never heard a Christian white person explain and clearly offer support for his perspective, especially on the radio.

It was during that call that I received a message from the producer that we were going to have to switch topics. I continued with my caller until the break, at which time all the rest of the phone bank was dumped and I was told that I had to find something “safer” to talk about. I don’t remember much about the final half hour of the show, as I was in a bit of a daze over the decision, other than that I ended the program with a monologue about the danger of choosing comfort and safety over the teachings of Jesus.

After the show Relevant Radio and I quickly and mutually agreed that I would not be doing any more hosting for them.

Since then, the episode I hosted has mysteriously disappeared. It did not re-air that evening, as the Patrick Madrid show always does, and it has not been posted online along with all the other episodes.

I reached out to them to get an explanation. Specifically, I sent them an email asking for an official position as to why my episode was not available as a podcast. Did I teach heresy? Did I not treat the listeners in a Christ-like manner? Did Relevant radio officially disagree with one of the opinions I stated during the show? If so, which one?

This was their reply: “We’re not giving a reason as to why the show was pulled. We’ve had a couple of calls asking for it, and our response is, “I’m sorry, that show isn’t available.”

So why did this show get censored?

Let’s start with an obvious possible answer: money. Angry calls to the studio often means lost donor dollars, and money talks louder than guest hosts do, even if that guest host (I believe) presented a position that was entirely in line with scripture and church tradition. It’s quite possible that Relevant saw all the negative calls and potential for lost money, and pulled the plug on me to keep the bills paid.

In this scenario, Relevant didn’t necessarily pull me because they disagree with me or think that a willingness to discuss racism means you are some kind of radical America-hater, as many of their listeners seem to. Rather, they simply avoid taking certain positions on air as part of the nature of doing business. In the same way that protestant mega-churches don’t preach on certain scripture passages in order not to offend anyone for fear those folks will find a new church, Christian radio has to avoid taking positions on certain topics to keep listeners from withholding donations and turning the dial. It’s not great, but it’s just how American ministry functions.

I suspect this is at least partly true, but only touches on the surface of things and to stop here would let them off the hook too easy, especially when it comes to the topic of race. It’s not just that Relevant may not want to address America’s history of racial injustice, it is that the act of banning it from the airwaves is itself addressing the issue.  It is telling those that want to discuss it that their opinion and perspective doesn’t matter.

Which leads me back to the issue of trying not to make people angry. It’s actually not true that Relevant strives to keep all listeners happy so they they all might be willing to donate. Indeed, they are more than willing to make certain segments of their audience angry. Its hosts do it all the time. What Relevant won’t do, though, is take a position that make a very particular group angry enough not to donate: white conservatives.

For example, Relevant Radio is more than willing to make people of color angry. The donations that this group could be sending in (and have recently withdrawn) doesn’t seem to matter at all. I know for a fact that several people from minority groups have reached out to the station and asked for my show to be aired. I also know that several have stopped supporting Relevant Radio over the last few years because it has turned into a Catholic version of Fox News. Does their anger matter? Has the programming changed to try to regain their lost money and accommodate their views? No.

The result is that in Relevant’s system, the issues and perspectives of conservative white people reign supreme. Minority perspectives are marginalized, denigrated, and, even, censored completely.

So it turns out that Relevant Radio is another example of the very systemic racism that I was trying to explain and expose in the show I hosted. Do I think that the radio network is full of individual racists? Absolutely not. There are many wonderful people there, and some of them even called me after the show to say how much they enjoyed it and agreed with everything I said. But the company itself is racist in that its very structure is a builder and protecter of segregated white space, just as so many companies have been throughout America’s history. It may not be building and protecting segregated restaurants or subdivisions, but the airwaves and servers of its nation-wide network are indeed an important and powerful space in our culture, and Relevant may as well hang out a sign that says conservative white voices only.

White supremacy has been called America’s original sin for good reason. It has infiltrated everything about our culture, and continues to have a huge effect on everyone’s lives. How sad it is that some of the main purveyors of this evil continue to be the institutions that should be its greatest enemies: those who claim to follow Jesus Christ. Until we get Christians straightened out on this, I don’t see how the war will ever be won.