Hamlet vs Hume on Religious Skepticism 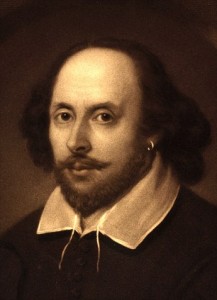 HORATIO [After interacting with a ghost] O day and night, but this is wondrous strange!

HAMLET And therefore as a stranger give it welcome. There are more things in heaven and earth, Horatio, Than are dreamt of in your philosophy.

Is there more to life than meets the eye, or less?  In the debate between the Christian worldview and contemporary skepticism, this is often the question.

For the average skeptic, the answer is less. The Christian, on the other hand, says more.

In imaging a conversation between Socrates and David Hume, Peter Kreeft summarizes these two sides. Kreeft has Socrates explain why Hume’s skepticism is the “anti-Hamlet” philosophy:

Your skeptical philosophy narrow reality, at least knowable reality, for what we usually think it is, while Hamlet’s philosophy, and Shakespeare’s philosophy, and mine too, expands it. You say that most thoughts are to be debunked; but I say that most thoughts are shadows to be followed until we find the realities that cast these shadows. You say that most of what we take for reality are not real things outside the cave of our minds at all, but only shadows on its interior walls. But I say that there is far more “out there” than there is “in here”, more in reality than in our cave of appearances.

For example, it has seemed quite obvious to almost everyone for all of history that humans are moral agents made up of matter and spirit that live in a multi-faceted universe containing various types of supernatural beings. Christianity accepts this as accurate. Skeptics, however, believe that these impressions are illusory. Other senses that are deemed unreal include those experiences in which we “love,” “hate,” and “make decisions,” as these are nothing but physical processes in our body. Our world is flatter and less complex than what it seems to be, it is claimed

What are we to make of this claim? Many have pointed out that it is self-refuting and unsupportable, something I’ve talked about indirectly before and will perhaps address more fully here in the future. For this post, however, I’d like to offer Alice von Hildebrand’s take on it. She claims that the “nothing but” approach to interpreting reality is simply lazy. It is to blindly accept unsupported and simplistic assertions rather than dig deeper.

Von Hildebrand points out that this debunking process consists primarily in reducing higher things to lower things, a reduction that usually

Von Hildebrand goes on to argue that there is a “spiritual law of gravity” that consists primarily in “shunning the effort required to perceive the nature of certain objects,” and as a result, of endorsing an interpretation of the universe that is far from self-evident but is justified because it is empirically verifiable. But, she asks, why should love be considered an illusion, or a sublimation, but sex as the “real” thing just because it is subject to laboratory investigation?

Denis de Rougemont echoes that point by arguing that the “superstition of our time” is to take whatever is lower as the more real.  “In the whole, the nineteenth century never felt greater self-satisfaction than when equating the superior with the inferior, the mental with the material, and the significant with the insignificant. It called this ‘explaining’”.

Fulton Sheen calls this a “positivist prejudice” and notes that those who want to explain of all reality in this way fail to distinguish between a method (how one investigates reality) and a doctrine (how one interprets and understands reality). It is one thing to study the physical aspects of reality. It is quite another to assert that reality is only physical. Reality has many facets which are worthy of consideration. Just as an optician should not pronounce judgments on an entire human body after an eye exam, skeptical neuroscientists should not jump to conclusions after recording brain waves, for example.

We would rightly call such an eye doctor foolish. Would it also be correct to suggest that, in making such bold and unfounded claims, he exhibits a certain amount of intellectual sloth?