Five Ways We Try to Deal with the Problem of Longing

“Underneath everything in your life there is that thing, that empty — forever empty. You know what I’m talking about?”

Considering that over 5 million people have viewed this interview on YouTube, I think the answer is clearly, “Yes!” We know exactly what Louis C.K. is talking about. Something is missing and we can’t figure out what it is.  We desperately long for more, but everything we gain fails to satisfy.

This is hardly a new condition. Humans have been trying to solve the “problem of longing” for thousands of years. Indeed, entire systems of thought have been developed to deal with our emptiness. In this post we will briefly examine five of the most popular answers to this dilemma. 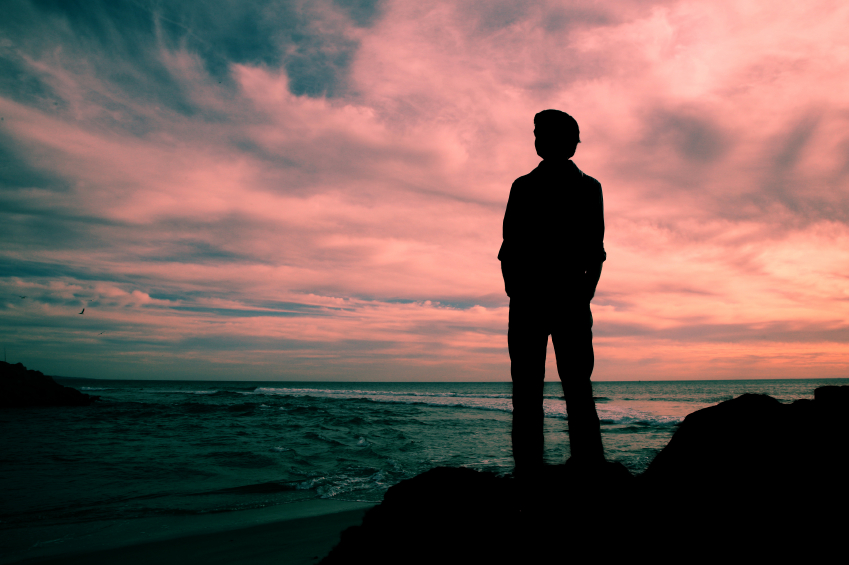 Many people just try not to think about it. They keep busy with work and social duties, keep plugged into their iPhones, and keep a radio or T.V. on at all times. Unfortunately, that does nothing to address the issue, as Louis C.K. pointed out in his rant against cell phones.

Another approach is to try to impose satisfaction on oneself through an act of will. Simply decide that you will find fulfillment in something.

This response owes much to 19th and 20th century atheist existentialist philosophers such as Jean Paul Sartre. After coming to the realization that life without God is absurd and objectively pointless, Sartre despaired at the prospect of facing a world without a transcendent guide or purpose.  He posited that man must create purpose for himself by following a freely chosen path. Sartre settled on Marxism. You see this mindset in the current preoccupation of our youth in finding something to join that is “bigger than themselves” such as environmentalism. People sign on because it provides them something to live for beyond their paycheck.

The obvious flaw in this thinking is that the whole notion of self-created meaning is absurd on its face. As William Lane Craig points out:

Sartre’s program is actually an exercise in self-delusion. For the universe does not really acquire meaning just because I happen to give it one. This is easy to see: for suppose I give the universe one meaning, and you give it another. Who is right? The answer, of course, is neither one. For the universe without God remains objectively meaningless, no matter how we regard it. Sartre is really saying, “Let’s pretend the universe has meaning.”; And this is just fooling ourselves.

Also, what if the “meaning” you choose for your life is evil? Sartre chose an ideology that presided over more than 100 million murders in the twentieth century. Was that a valid choice?

Stoicism began about 300 BC and is represented in the thought of philosophers such as Marcus Aurelius and Epictetus. They taught that almost all types of human desire are subordinate to the will. In other words, if you feel a need for something, it is because you chose to feel that need, or at least allowed yourself to feel it. Feelings don’t occur unless you exercise your will.  As Epictetus wrote, “If, therefore, any be unhappy, let him remember that he is unhappy by reason of himself alone.”  In other words, if you are sad, it’s not because of outward circumstances, it’s your own fault for choosing to be sad. As such, they reasoned, the key to getting rid of longing is to simply stop longing.

While it is certainly true that our choices can influence and direct our feelings for good or ill, the Stoic view goes too far in attempting to deny our natural desires and emotional responses to objective reality. For example, it is perfectly normal to be sad when a loved one dies. To attempt, through an act of will, to not be sad is to act contrary to our true nature. There may be a time to “suck it up” but at a certain point that becomes destructive.  It is like trying to not be hungry after not eating for a few days. While willpower can have positive effects on our appetite, at some point the body legitimately needs food and to suppress that desire is actually harmful.

Buddhism and Hinduism are both directly concerned with man’s discontentment and have similar prescriptions to the problem of desire.

For example, “The Four Noble Truths” of Buddhism (arguably the central teaching of that religion) address the problem of man’s unfulfilled longing explicitly. The first truth is that life lacks satisfaction. Everything changes and as such nothing keeps us content.  The second truth is that we are dissatisfied because we crave and cling and thirst. We need to get rid of that desire, which is the result of ignorance. The problem is that we see a distinction between ourselves and the thing we desire. We think that the things of the world will add something to our lives if we could only attach ourselves to them. In reality, according to Buddhism, there is no separation between you and the things. All is one. To desire something is to mistakenly think that you exist independently from the thing you desire. The third and fourth truths teach how to reach of level of experience in which you “realize emptiness” and cease to desire anything, largely because there ceases to be a “you” to do anything at all. All distinctions are gone.

Hinduism, for its part, similarly teaches that the goal of its various paths and stages of life is “liberation” from the desires of life and union with the divine. Although it recognizes that men can legitimately give themselves to lesser goals such as sensual pleasure, wealth, worldly success, and moral duty, ultimately the goal is to escape worldly pursuits and the worldly cycle of death and rebirth to enter Nirvana, where these desires will be no more.

In evaluating these positions, I find it hard to get past the logical ramifications of the teaching that all distinctions are illusions. If everything is actually one, not only are you not different than the thing you desire, you are no different than me or that tree over there. Personhood is an illusion. Does this seem like the best explanation of the evidence?  Also, this teaching means that there is no such thing as good or evil, as those distinctions are illusory as well. Is there really no ultimate difference between Hitler and Mother Theresa?

According to the Christian worldview, the reason nothing on earth satisfies our deepest desire is that we do not desire anything on earth. Rather, we desire God. More specifically, we desire the intimate relationship with God for which we were created and that we lost at the fall. Even more specifically, we long for true love. We are desperate to love and be loved by our Heavenly Father. Because we loved ourselves and the creation more than the Creator, we are unsatisfied. Disordered love creates chaos, not contentment. C.S. Lewis explains:

What Satan put into the heads of our remote ancestors was the idea that they could ‘be like gods’ – could set up on their own as if they had created themselves – be their own masters – invent some sort of happiness for themselves outside God, apart from God. And out of that hopeless attempt has come nearly all that we call human misery – money, poverty, ambition, war, prostitution, classes, empires, slavery – the long terrible story of man trying to find something other than God which will make him happy. (50)

The reason why it can never succeed is this. God made us: invented us as a man invents an engine. A car is made to run on petrol, and it would not run properly on anything else. Now God designed the human machine to run on Himself. He Himself is the fuel our spirits were designed to burn, or the food our spirits were designed to feed on. There is no other. …God cannot give us happiness and peace apart from Himself, because it is not there. There is no such thing.

As creatures designed for relationship with God, we cannot escape the fact that we will never be fulfilled until we have that relationship. This truth has been stated many ways over the centuries. Saint Augustine famously said that, even in his sinful and rebellious state, part of man longs to praise God. “The thought of you stirs in him so deeply that he cannot be content unless he praises you, because you made us for yourself and our hearts find no peace until they rest in you.”

Randy Alcorn calls this a longing for Heaven, the place where this rest will be complete:

Nothing is more often misdiagnosed than our homesickness for Heaven. We think that what we want is sex, drugs, alcohol, a new job, a raise, a doctorate, a spouse, a large-screen television, a new car, a cabin in the woods, a condo in Hawaii. What we really want is the person we were made for, Jesus, and the place we were made for, Heaven. Nothing less can satisfy us. (160)

In answer to the problem of longing, the Christian worldview is the only one that treats our desire for transcendence as objectively real and obtainable. It teaches that those longings correspond to something, or rather someone, outside of ourselves and can be fulfilled by gaining Him.

On the other hand, all the other views we mentioned (and many we didn’t) focus on the desire itself as the problem. The avoider says that we must ignore our desire; the existentialist says that we must change our desire, settling for something less than what we thought we needed; the stoic says we must get rid of our desire; and the pantheists say we have to realize that there is nothing to desire. In other words, if they were talking about one’s desire for food, they would say: focus on something other than food, try to live on air instead of food, stop wanting food, or realize that food is an illusion.

Christianity, however, teaches that if you want to be satisfied, eat and drink. As God says through Isaiah:

Come, all you who are thirsty, come to the waters; and you who have no money, come, buy and eat! Come, buy wine and milk without money and without cost. Why spend money on what is not bread, and your labor on what does not satisfy? Listen, listen to me, and eat what is good, and your soul will delight in the richest of fare. Give ear and come to me; hear me, that your soul may live. (Isa. 55:1-3)

Donald J. Johnson is the author of How to Talk to a Skeptic: An Easy-to-Follow Guide for Natural Conversations and Effective Apologetics