Death, Taxes, and the Unexamined Life

Benjamin Franklin famously said that nothing in the world can be said to be certain except death and taxes. As April 15th quickly approaches, I assume most of us have recently put at least some thought into the subject of taxes. However, how much have you pondered death lately? 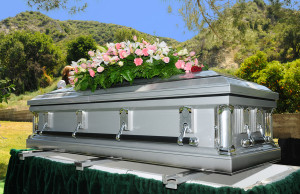 Chances are, not much. The topic is largely taboo in modern society (at least when it is not being trivialized in various forms of pop culture violence, a related subject we will leave for another time). We simply aren’t supposed to think or talk about dying.  Indeed, the word death itself is hardly ever uttered; euphemisms are all we ever hear. People don’t die these days, they pass away or go to meet grandma or something similarly less harsh. As Pope Benedict XVI writes, “bourgeois society hides death away.” He points out that “In the United States, even funeral homes themselves devise special arrangements so as to avoid mentioning the fact of death. Something similar happens in our hospitals, where death is carefully concealed as far as may be possible.”

This tendency, notes Benedict, is embedded in, and receives support from, the very structure of our society. People no longer die at home, surrounded by family and loved ones, but are sent to institutions to be dealt with by machines and the specialists who operate them.  That is because sickness and death are no longer treated as a metaphysical problems to be “suffered and borne in a communion of life,” they have become “technical tasks technically handled by technical people.” (p70) As death becomes more separate from the rhythms of everyday life, it is possible to think about it even less.

However, hiding the fact of death from our consciousness does not erase the fact that death is inevitable. As Regis Martin writes, “For all the vaunted machinery of modern medicine, the cult of idolatrous youth, the odds of dying remain pretty much the same today as yesterday….No one gets out alive.” (p54)

Keeping our thoughts on something other than death also does not make death any less important of a topic. This is what makes our imposed silence towards the topic so silly and bizarre: “What happens when we die?”  is quite possibly the most important question we humans have to face. That’s because the meaning of death dictates, in a sense, the meaning of life. The answer to the question of ultimate destiny determines the purpose of our temporal existence.

For example, if the person is extinguished at death, then life is ultimately meaningless and absurd. If people are reincarnated based on the state of one’s karma, then life is about doing whatever it takes to make that return as pleasant as possible. If life is the a critical stage of soul formation that will determine what kind of existence we have for eternity based on the choices we make on earth, then making sure we make the right choices has to be our top priority. Or at least it should be.

I am not making a case here that any one of these answers is true or false, although I certainly think the evidence points in a particular direction. I am simply pointing out that to not seek an answer to the meaning of death is ridiculous.

Tax day is almost here and I trust that most of you will be prepared when the time comes. However, there is also a much more important day coming, and I’m not so confident that everyone will be ready for that, especially since man knows not his time. It is imperative that we be prepared for death. The first step is to submit to thinking about it.