Why the New Testament Story is Not Unhistorical Myth 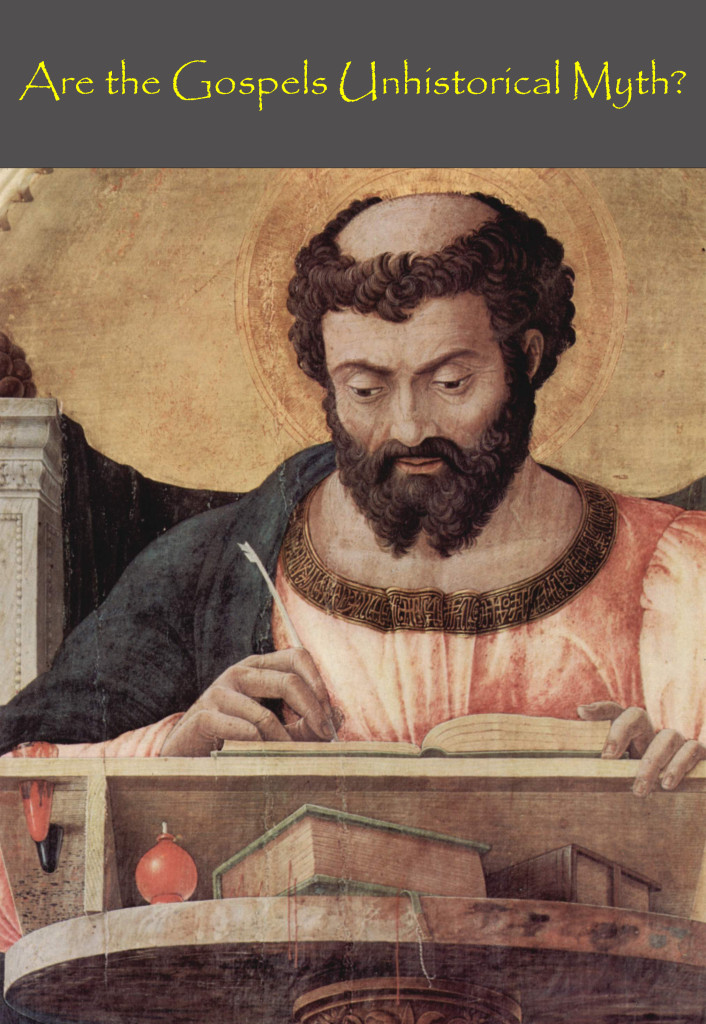 In denying the historicity of the New Testament narrative, scholars such as Dr. Robert Price argue that the gospel writers never intended the stories to be taken literally. His thesis is that authors of the accounts (whoever they might be) were simply writing inspiration myth and would be shocked to discover that millions of people in the past two thousand years have completely missed their point and believed that an actual historical person performed miracles and rose from the dead. In evaluating this notion, let’s start by examining how we generally approach historical literature.

When it comes to historical stories, it seems to me there are at least four options in regards to authorial intent. We can distinguish each alternative by comparing what is intended by the author to be actually true about each one.

In this genre the author writes in order to provide enjoyment, titillation, etc. to the reader. There is nothing true or factual about such stories. They are made up for no greater purpose than to give somebody a way to kill some time. Most contemporary movies and mass market paperbacks would fall into this category.

In a fable or parable the people and events are made up (all the history in these tales is fiction), but the principle or morals (ethical lessons) are supposed to be true. Some of your more preachy, brow-beating movies and T.V. shows (Brokeback Mountain, innumerable anti-war movies, every segment of Sesame Street, etc) and Aesop’s fables are examples of this category.

This genre is not used often today but was common in ancient times. Some specifics of the historical narrative may be wrong or incomplete but the main points of the story are intended to be taken as factual. In other words, the major historical event is accurate, but may not be explained in as detailed a way or with the exacting standards that we would like. A historical mini-series on T.V. might fit into this category. These authors are not claiming to operate as journalists or historians do today, but they are claiming to write factual history. The speeches of Thucydides in his account of the Peloponnesian War are an example.

Everything about this account is intended to be true. This is how most modern histories are intended.

So how do you know into which category any particular writing fits? Well, you can start with basic questions like: What does the author say it is? For example, some “historical” movies put a disclaimer at the beginning explaining that this story is not factual and any similarities between the events or characters in the movie and actual people or events, living or dead, are purely coincidental. That is a pretty good hint that the author is not intending for you to take the story literally. On the other hand, some stories start with a direct claim that it is fact. Expressly claimed authorial intent is a good place to start in determining his or her intention.

Of course that isn’t the place to stop your examination. Other questions to ask include: Are there any appeals to specific dates, places, or people? What about appeals to outside sources for verification? These are stronger evidences that the story was intended to be understood as factual. Is the story clearly written as fantasy? Does it occur in an unspecified time and place? (“Once upon a time…;” “A long time ago in a galaxy far, far away…”) These are indications that the author was not intending the story to be actual history.

With just these criteria we can surmise that, for example, Star Wars seems to be intended as something in between Entertainment and Parable but was not meant to be understood as a literal or even non-literal historical account. On the other hand, the author of A History of the American People may have been writing literal or non-literal history, but clearly is not intending it as a fable or entertainment.

I contend that the Gospels and Acts were meant by their authors to be either literal or non-literal history, not fable or parable (although there certainly are a few parables and fables within the teachings of Jesus). We can come to this conclusion using just the criteria mentioned above. Luke explicitly claims to be writing actual history at the beginning of Luke/Acts, for example, and specific names, dates, and places are common throughout. However, even if we did not have these passages (or they were later additions to the text), there is other evidence that supports the conclusion that the gospels were not intended to be taken as fable, namely the main message of all the gospels.

That main message is that Jesus is the Jewish Messiah. The writers, regardless of their various audiences and theological emphasis, were unanimous is arguing that Jesus was the fulfillment of the Jewish hope for a savior. That is to say, the gospel authors all saw Jesus as the ultimate end to which all of Jewish history had been leading. As such, the writers could not have been intending for their readers to take the accounts of Jesus as non-historical.

The key here is Jesus’ Jewishness. It would make no sense for the gospel writers to intend a non-historical Messiah because that would be meaningless within the context of Jewish theology.

The “Jesus as Myth” folks argue that the Christ of the gospels does not have to be historical because he is just the personification of spiritual principles and sound worldly wisdom or some such thing. However, this idea is ridiculous if Jesus is indeed supposed to be the Jewish Messiah because the God of the Jews is not a God who speaks mystically and vaguely about principles for successful living. He is a God who breaks into history and acts in time and space.

Jews did not worship a set of ideals but a God who had called a specific person, Abraham, built him into an actual genetic, physical entity; a family of humans, brought that family out of Egypt from literal slavery at a specific point in time with great physical signs and wonders, defeated other nations in battles that spilled real human blood, and established a political kingdom on earth led by an actual, physical person named David.

These events were not viewed as parables or inspirational myths. They were understood as God’s hand in history and it was on the historicity of these events that the Jews placed their hope for the future. They were expecting God to act again because he had done so in the past. They were looking forward to a time when God would again break into history and redeem them from their current state of slavery. If those past events didn’t actually happen, the Jews had no god to worship and no hope for a Messiah. They put their faith in a person, not a set of ideals (read Psalms, for example.)

As such, to present a non-historical savior to the Jews, which is what these “Jesus as Myth” scholars say happened, would be ridiculous. A savior who didn’t act in time and space would be no savior at all.

Of course, it is clear that the New Testament writers did intend their readers to see Jesus as historical. For example, look at the sermons at the beginning of Acts: Peter and Stephen both concentrate their sermons about Jesus on the fact that God has worked in the past and has now worked in history again. They clearly did not see Jesus as a non-historical myth.

What about the mythical elements of the New Testament story? I’ll have more on that in subsequent blog posts.