The Comfort Trap: Why Trying to Avoid Struggle and Hardship Can be Dangerous to Your Soul 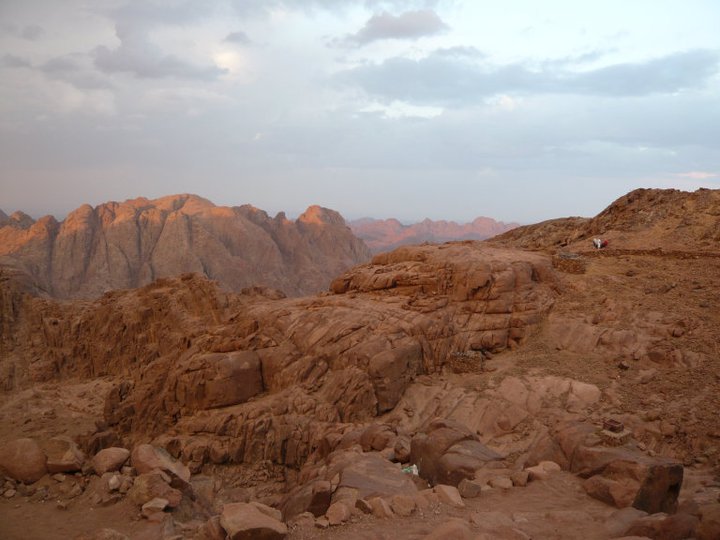 The Christian life is a journey across the wilderness toward the Promised Land. Like the ancient Israelites on their way to Canaan, believers are sojourners looking forward to the day we will arrive safely at home in Heaven.

It is not an easy trip. Many “dangers, toils, and snares” lie between us and the goal, and our enemy prowls like a lion, always ready to pounce. In this post we will look briefly at one of the traps Satan used to keep many Israelites from finishing their race. He employs the same strategy today.

Numbers 11 recounts two incidents in which the Israelites grumbled against God. First, they complained about general hardships (Num. 11:1) Living as nomads in the scorching desert with enemies all around wasn’t easy and God’s people let him know that they weren’t happy about it. Unfortunately for them, God didn’t appreciate their complaining and judgment fell. However, even that didn’t stop the grumbling. In the second incident, the people “began to crave other food, and again the Israelites started wailing and said, ‘If only we had meat to eat! We remember the fish we ate in Egypt at no cost – also the cucumbers, melons, leeks, onions and garlic. But now we have lost our appetite; we never see anything but this manna!’” (Num. 11:4-6).

The Israelites had griped about food before, of course, but this time was different. When they had complained previously about not having water to drink or bread to eat, they were concerned for their very survival – they were worried about dying in the desert. That was not a factor in this case, as there was plenty of food and water to keep the people nourished. This time they were after variety. The Israelites were tired of manna and wanted some meat. They were past looking for simply survival. They no longer wanted to just get by; they wanted prosperity. This didn’t sit well with God, either. He gave the people more meat than they could handle and struck the people with a plague.

Evaluating these two events together, we can summarize by saying that the Israelites were complaining because they wanted a higher degree of comfort than they were experiencing. They desired a life with more ease and fancier food. They were after more, to borrow a term from Francis Schaeffer, “personal peace and affluence.”

Personal peace means just to be let alone, not to be troubled by the troubles of other people, whether across the world or across the city – to live one’s life with minimal possibilities of being personally disturbed. Personal peace means wanting to have my personal life pattern undisturbed in my lifetime, regardless of what the result will be in the lifetimes of my children and grandchildren. Affluence means an overwhelming and ever-increasing prosperity – a life made up of things, things, and more things – a success judged by an ever-higher level of material advance. (How Should We Then Live, p205)

Schaeffer aptly describes the longings of the Israelites. We see their desire for personal peace in their grumbling about “hardships.” They no longer wanted to be disturbed by enemies, heat, sandstorms and all the other things that made the journey difficult. We see their desire for affluence in the request for meat. They were not content with the necessities of life; they wanted some luxuries.

The Problem with Choosing Personal Peace and Prosperity 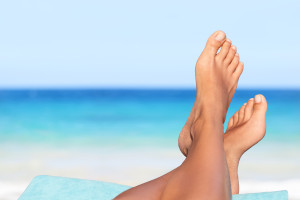 So what is the problem? What is so wrong with a little peace and prosperity? Why did God get so angry with the Israelites?

One key to the answer is found in remembering their situation. The Israelites were in the midst of a journey and a battle. They were on a trip to the Promised Land that involved fighting against harsh conditions and human enemies. They were sojourners and they were soldiers. Put another way, I think we could accurately label them athletes and warriors. They were striving to complete a race and win a fight. As such, the last thing the people should have been expecting is comfort. To be a successful athlete or soldier, one has to sacrifice personal peace and prosperity. Athletes and soldiers have to give up comfort in order to gain victory.

For instance, think of what it takes to win a marathon. Muscles ache, lungs burn; every part of the runner’s body longs for it to be over. However, a champion must keep going through the pain. The only alternative is to lose. If, in the middle of the race, the runner chooses peace for his sore muscles by stopping, he doesn’t win. It’s as simple as that.

Or think of what it takes to win a war. What could be less comfortable and peaceful for a soldier than a firefight? Yet victory requires that these battles be fought. To choose comfort in a war is to lose the war. Refusing to fight because the pain of battle is too great is simply to surrender. Personal peace must be sacrificed to win races and fights. Embracing hardship is essential to victory. The Israelites made the mistake of not doing that.

In regard to prosperity, the same principle holds true. Consider again what athletes and soldiers go through to gain success. While others are enjoying Saturday morning waffles, they are at the gym shooting baskets, in the pool swimming laps, or at the rifle range taking shots. While others are lounging in front of the television with a bowl of popcorn, they are in the weight room working out. While others are on vacation at the beach, they are at summer training camp. Soldiers and athletes give up certain levels of prosperity in order to achieve a level of excellence that will lead them to victory. They deny themselves some extravagances and accept a more modest lifestyle because this type of discipline is necessary to win. Prosperity must be sacrificed for victory. The Israelites failed to do this as well. They fell into what I refer to as the comfort trap.

The desire for personal peace and prosperity is one of the great obstacles to victory in the Christian life. The comfort trap keeps many people out of the Promised Land, as Jesus made plain in the parable of the soils:

That same day Jesus went out of the house and sat by the lake. Such large crowds gathered around him that he got into a boat and sat in it, while all the people stood on the shore. Then he told them many things in parables, saying: “A farmer went out to sow his seed. As he was scattering the seed, some fell along the path, and the birds came and ate it up. Some fell on rocky places, where it did not have much soil. It sprang up quickly, because the soil was shallow. But when the sun came up, the plants were scorched, and they withered because they had no root. Other seed fell among thorns, which grew up and choked the plants. Still other seed fell on good soil, where it produced a crop—a hundred, sixty or thirty times what was sown. He who has ears, let him hear.” (Matt. 13:1-9)

Jesus went on to explain the parable.

The four types of soil are four types of people. All four hear the message of the Kingdom, and three start producing a crop. In other words, three start traveling across the wilderness, walking the narrow road. However, two of those three fail to finish the journey. Two of the three ultimately fail to produce fruit. What causes them to fail? According to Jesus, it is persecution (verse 21), the worries of this life, and the deceitfulness of wealth (verse 22). These people are brought down because they run into hardships (in the form of persecution and day-to-day worries) and they chase after material wealth, which can never satisfy. Notice what kept these people from the Kingdom. The soils that didn’t produce fruit are those that chose personal peace and prosperity over Jesus. They chose comfort over truth, ease of life over victory. They were not good athletes or soldiers.

Let us not follow their example. The New Testament is filled with exhortations to treat the Christian life as a race to be finished and a battle to be won. As the writer of Hebrews pleads, let’s use the examples of the great saints instead, throwing off “everything that hinders and the sin that so easily entangles” and running “with perseverance the race marked out for us.” (Heb. 12:1)